The esoteric pack of Eudes Picard is a long-buried treasure finally coming to light, which has never before been produced for the public. The images first appeared in 1907, and only 50 copies of the  black-and-white line art were produced, for private circulation. Thanks go out to Casey Duhamel for sharing her copy with us! Picard broke convention with the traditional Pips patterns of the older packs to produce his elemental suited cards.  He also pulled back the curtain on the Islamic substrate within Tarot, something that had barely been mentioned beyond the “so-called Egyptian” myth of origin.  This part of Tarot’s story is only now being examined. Having Picard in hand will help us all fill in the blanks and catch up with the exotic and colorful world of the Spanish Tarots. Surrealistic colorations by our own Michael Dowers. 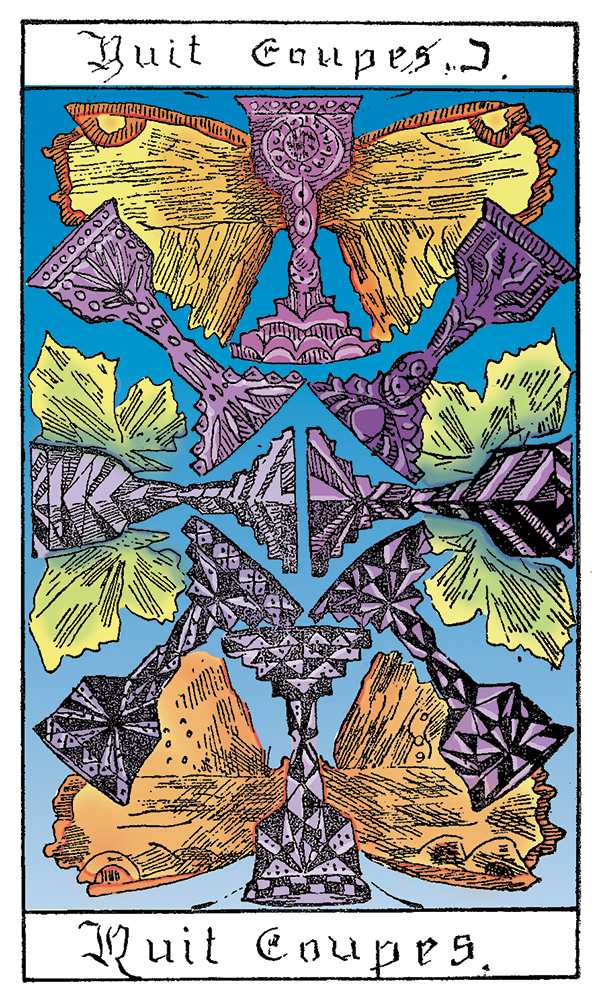 There are no reviews yet.

Be the first to review “Eudes Picard Tarot” Cancel reply